It's great, I had a lot of fun playtesting, I'm eager to try it for real when it comes out.

It took Matt Rundle an hour to make a character.
The adventure I ran him through has a save-or-die trap on the front door.

I'm going to tuck my usual complaining under the break: here's my hacked solution.

Level 0: Get ability scores, Race, Background, and d6+Con HP. Get equipment from your background, and use the rest of your gold to buy Armour and Weapons. You can have proficiency with whatever you buy, because you're shit enough already, but you'll have to with your class proficiencies once you hit first level.

This took me ten minutes, and Matt half an hour. If you get 50 XP, you can level up to:

Level 1: Choose a class, and gain all it's associated benefits and suchlike. You upgrade to the HP of your class, rather than adding it to your level 0 HP. This part took me fifteen minutes.

D&D Next thinks it's fun to read through thirteen spells and choose the best three. Roll on these tables if you don't. 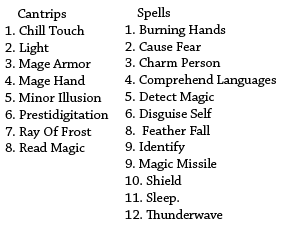 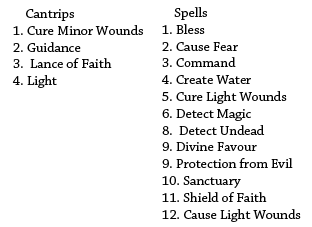 Level 2: Get everything you normally receive on level up. Choose a Specialty, and gain the feat it gives you.This took ten minutes again.

Tada! From level 2 onward everything works exactly as normal, and your characters will be just as powerful as everybody else. The level 0 characters may have a tough time with the monsters from D&D Next, but if it's too much of an issue you can just use AD&D monsters until you get to level 1. They may be weak Next characters, but they're excellent AD&D PC's.

XP for Gold: Just get the XP values from all the monsters in the area, and convert that number into gold. Carouse that gold away and you earn XP, of course. Season to taste.


Aaaand here's why I think this is a good idea.

Now, most D&D Next DM's probably won't run adventures with save-or-die traps on the front door. The adventures won't be too much less deadly than an old-school dungeon crawl, though, because D&D Next has graciously accommodated the complaints of Jeff Rients:

" If by the numbers I can't murder your starting PC with a single lousy orc-stab, I don't want to play."

A Fighter starts with 10 hit points, plus their constitution. A level 1 Orc now does d12+2 damage. Those are big numbers, but it's still totally likely that your level 1 snowflake will be wiped out with a single lousy orc-stab. And hey, great! That's exactly what I want at first level. But if I hit the party with d4 Orcs, there's now a good chance that someone will have to spend another hour making a character.

Likewise, I'm sure most D&D Next veterans will be able to cut down on the chargen time. But if you had made the pregen wizard from the playtest packet, you would have needed to find, read and decide between: four races, two sub-races, six classes, three sub-classes, sixteen backgrounds, two equipment packages, fourteen specialties, thirteen spells, nine cantrips, and a partridge in a pear tree (Find Familiar). I have one book, and four players. That's not coming in under ninety minutes.

(For perspective, the magic number is Seven, plus or minus two. Any more options than that and the average human gets trapped looking at the player's guide and saying "Uhhhhh..." for eternity.)

It's not that I don't want characters this complex - I just don't want it at first level. This wizard hasn't actually done anything! He's got Skills and Spells and Backgrounds bristling out of him like a porcupine, and he hasn't walked two feet in a dungeon. The amount of time it takes to make him sucks, but the bigger problem is shoving everything onto the character before they've had a chance to develop their own personality.

The options are: Get everybody to pirate the pdf and make characters before they come (They won't), use pre-gens (Making characters is the best part), cut off the complex bits of characters, or this hack. It probably won't jive completely with the maths of D&D Next, but this seems like the best solution to me.

The issue is that level 0 can become a novelty that you quickly skip over whenever you want a real PC. I'm hoping these guys can survive on their own, but I'll have to run it and see how it goes.

Edit: Yup, I just ran a playtest. 2 level 0 PC's couldn't survive against a single 5E bullywug, but they did fine against the AD&D versions of two bandits, a bullywug, and a domestic housecat. They act a lot like good level 1 thieves.

The transition isn't exactly perfect: forgetting your level 0 Proficiencies is a little lame, and characters with shitty physical scores will have to survive through a level of hitting things before they can pick up a spell. I think I'll give characters with +3 Intelligence or Wisdom a basic Cantrip at level 0 - taken out of the total they'll get when they become a Cleric or Wizard.
Posted by Jack at Tuesday, March 12, 2013
Labels: Fifth Edition