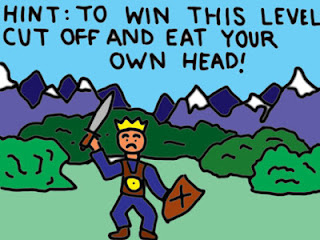 For a while now, Lamentations of the Flame Princess has been pretty much single-handedly promoting a type of Inverse Dungeon, embodied in modules like Death Frost Doom and The Monolith. What separates these Negadungeons from normal adventures is:

1. Entering the Negadungeon is a mistake.

If you're in a Negadungeon, you've fucked up. Everything within will:

A. Curse you
B. Trigger traps
C. Unleash unspeakable evils
D. All of the above.

It is not made to entertain you; it is made to destroy you. It holds nothing but negatreasure and negaexperience.

Scholars debate whether or not there should actually be anything good at all within a Negadungeon. James Raggi's "The Tower" ends with the sentence: "There is no treasure in the tower". Certainly, the players need to believe something good can come of entering. It's up to you whether it's ok to deceive them.

James Sutherland enters Silent Hill because he's received a letter from his dead wife. That's the kind of thing that brings people to Negadungeons: Doomed obsessions. Everybody knows that finding his dead wife won't end well, even James. But he keeps going, because:

2. Once you start the Negadungeon, you're committed to finishing it.

I don't mean physically - the door should always be open behind you. But once you've entered, things can never go back to the way they were. Something has changed in you, or in the world. You're compelled to keep going, even though it just gets worse and worse the further you go.

Even if you leave, you act as one cursed. When you sleep, you'll dream of the Negadungeon, and wake with blood on your hands.

It might start small - an old man tries to stop you from going down, and you have to tie him up. Next thing you know you're breaking the ancient seals, disturbing the dead, killing the guardian children. It's obvious that going down is bringing evil into the world. 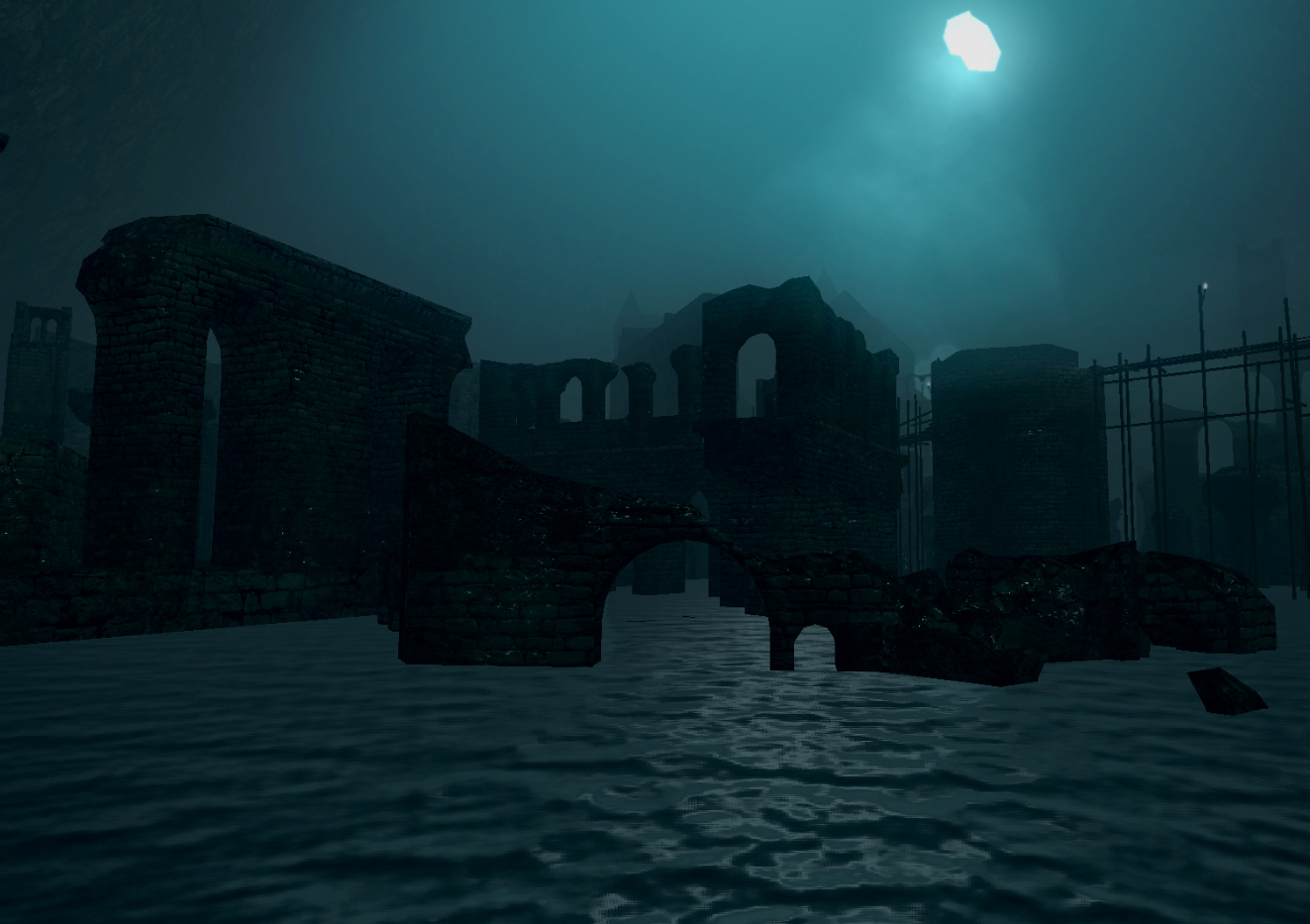 In Dark Souls, a city was flooded to contain an ancient evil. To descend, you have to kill the last holy man and release the flood gates.

It's very important that the players decided to come here. You're not allowed to trap them in: They must trap themselves. They walked past the warning signs, they knocked over the guardian sigils. When push comes to shove they should be crying "Why? Why did we go to Death Mountain?"

The flipside of this: A Negadungeon is a great addition to a campaign setting even if the players never go there. Having a place that the players avoid at all costs is great.

Why would anyone enter a Negadungeon?


Why would anyone keep going down a Negadungeon?

You're cursed, Dave is dead, the zombies you've unleashed are destroying the countryside. "Well, we have to keep going, or all this will have been for nothing!"

At the end of the Negadungeon, you are allowed to reveal that the goal was useless, and it was all for nothing.

1. They're different, strange, and your PC's don't expect them. It challenges expectations, shakes things up.
2. They change the Risk-Reward template of a dungeon into a Doomed Journey; an experience like Heart of Darkness, Silent Hill, or this guys journal. That's a cool type of story to emulate.
3. Losing is fun.
Posted by Jack at Friday, March 08, 2013
Labels: Dungeon Crawl, Lamentations of the flame princess, negadungeon