Soon, the apocalypse we've prayed for will come, and we'll fly through the wasteland in crazy fucked-up road demons, shiny and chrome. Until that glorious day, maybe you want to pretend to do that in an RPG. 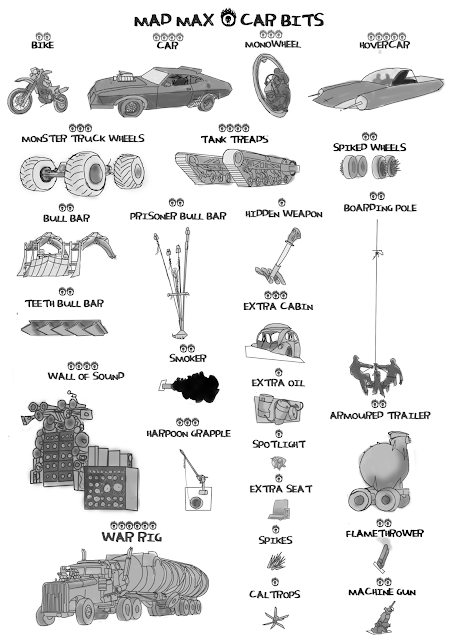 At the start of the game, give everybody 2 skulls and this page of car bits. They can pool their skulls to get anything on the page, or anything they make up.  Here's clarification on what some of this stuff does:

Bull Bar: Can be raised or lowered, sending up plumes of sand dust.
Spiked Wheels: Pops the wheels of any nearby car.
Boarding pole: Swings around with a counterweight, so you can swing onto another car.
Harpoon Grapple: Pierces another car. Can be swung around and aimed.
Smoker: Belches thick black smoke, blinding people behind you.
Caltrops: Each skull gives you one shot of them. Tip them out the back of your car to pop tires.
Wall of Sound: Hook up a musician to inspire the troops. The musician can give one of the following effects to cars around them: 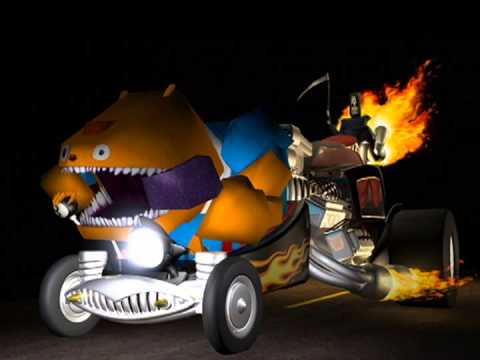 While I'm here: Here's a simple tool to judge how much damage your car just took.

When you use a result for one specific car, mark that you've used it. If you roll that result again, use the next result up. So, if the windshield has been smashed and you roll a 4, you go up to result 5. If result 5 has been used up as well, keep going up until you find one you haven't used. This means even a small amount of damage gets more and more harmful as a car gets smashed up.

If your car has armor, you can use it up to declare that a specific hit does nothing. One piece of armor is two skulls. I've been reading the RPG Dread. It's a horror game, where you must pull a block from a Jenga tower whenever you make a risky action. If the tower falls, you're removed from the game. It's such a neat little idea that I'm planning to make my own tower, based on Tartarus from Persona. 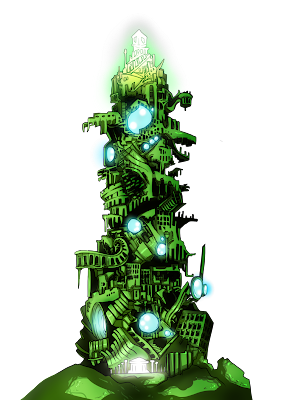 Instead of removing blocks to make risky actions, you add them. The tower slowly rises in front of you. I prefer this metaphor of the dark tower rising - more ominous. Eventually, the tower naturally becomes too unstable to hold any more blocks. Here's a test I made out of houses and scraps from Mystery Teens. You choose blocks at random, so every tower will be different. In this test, the tower tumbles at around 11 blocks. I'm not sure what the sweet spot should be: 30? 20?

The big bonus of building the tower instead of tearing it down is that there's no setup time. Whenever someone dies in Dread, you have to rebuild the tower and pull some pieces, so the game has to screech to a halt for a setup break just as it was getting interesting. This tower is meant to start in pieces, so when it falls you can keep on playing without a pause.

I'm planning to use this for my game Mystery Teens. Whenever you take some time or risks to find a clue, you place a block on the tower in the center of town. None of the adults can see it. You can open up each tower block (if you can manage it without making it fall) to find strange and revelatory dream cards. When the tower falls, you've reached the climax. Hope you've figured out the solution to the mystery, because the villain's plan is currently boiling out of the moonlit suburbs like an exploding black octopus.

Here's another thought about Dread, though:

Dread characters are made by giving you a questionnaire with loaded questions like "Why did you kill your wife?" After listening to this full play recording of Dread, I've decided every Dread questionnaire needs one extra question:

What do you value more than your life or sanity? 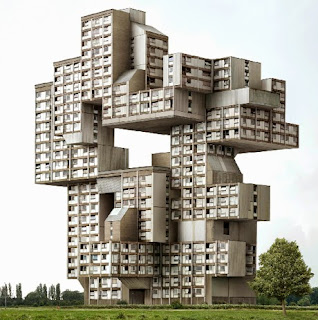 The DM on that podcast explained that every block pull is optional. Even when a madman is swinging an axe at your head, you can still choose not to pull the block - it just means you've chosen to fail. Choosing not to pull a block means you can't be removed from the game, but the Host can do whatever they want to your character in exchange.

Reading through the Dread rules now, I'm not sure they support that reading. I love it anyway. Whenever dark and terrible things happen to their characters, it is crucial it's their own fault. Like I've said before, they need to choose to go into Silent Hill or Death Frost Doom. If you force them to die, it's arbitrary. They're just frustrated at you, not blaming themselves.

Now, in any game with dice, this is hard to get right. It's easy for something horrible to happen to a character just because they were unlucky. You have to design against this possibility, working against the dice, making sure everything can be anticipated and foiled before the dice come out. Conversely, the tower in Dread makes sure that every death is the players fault- that's just how the system works. If you don't want a consequence (losing a limb, going nuts) you can always pull. If you don't want to die, you can always choose not to pull. Death always comes at your own hand. 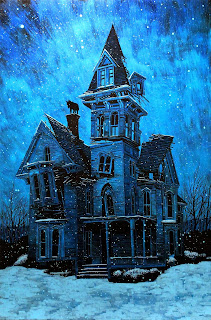 So it's wonderful that Dread makes players to doom themselves, but by default the choice to risk death doesn't feel interesting to me. In the play recording above, their goal is just to Survive. As a horror game, I assume that's the goal of many Dread adventures. But when that's your only goal, most block-pulling choices boil down to two options: This choice seems interesting in the moment: Do I want to risk death, or get a broken leg for certain? But it's fake. If you choose B forever, you'll never die. If the goal is simply to survive, you just need to always pick B. When the obvious best choice is to do nothing and refuse to move the story forward, something is wrong with your system.

To solve this problem, you need to give the players a goal other that survival: Something they value more than getting removed from the game. The wonderful thing about the Character Creation system is that you don't even need to decide what this is - you can ask the players themselves. Maybe they decide their character would sacrifice their life for their family, their honor, their country, whatever. You can then take those answers, and put them at the end of the adventure.

Now that value will be put to the test and strained to breaking point. At every step of the adventure, as the tower gets more and more unstable, they need to decide - do I really care about this thing? Am I really willing to sacrifice death for it? That's an interesting choice. If they decide no, and flee as their family is slaughtered, that's a fantastic character moment that'll make them great to play in future games.

This is so perfect for getting that Doomed Obsession that I'm crazy about. James Sunderland, looking for his dead wife. The journey to find Colonel Kurtz. Getting the players to give you the rope to hang them with. It's lovely.
Posted by Jack at Wednesday, May 13, 2015 No comments:
Labels: Mystery Teens, negadungeon
Newer Posts Older Posts Home
Subscribe to: Posts (Atom)