The Last Pirates - A murder mystery 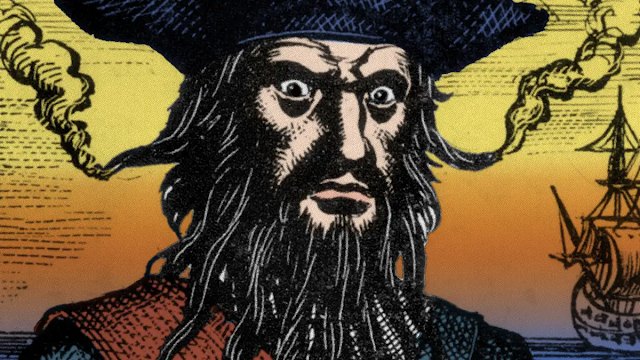 Blackeard is dead, and the golden age of piracy dies with him! Will you take the King's Pardon, and live a life of safety? Or fight and die as a free pirate?

This is a free murder mystery party game you can run from your very own home. The game acommodates 10-20 players (plus 1 game master) and takes 2 and a half hours to run. Here's the blurb:

The Pirate King has come to an end at last - not in a bloody shipside battle, but by murder most foul. Before his death, he boasted about having a map to his famous treasure haul. Whoever committed the murder must have taken the map. If you can figure out who it is, you'll have the key to the treasure of a lifetime…

The Last Pirates is a social, conversation-based game. You will be given a character sheet that explains your character and what information you know. Each character will have their own goals, on top of the main murder mystery.  You'll need to take on the role of your character and talk to the other players to discover enough information to solve the mystery and achieve your goals. The other members of your crew, and the Game Masters (GM's), will be there to help you.

Read the Player Brief first, then the GM Brief if you plan to run the game.

The core murder is deliberately quite tough to solve, but all characters have multiple other goals aside from the main murder. Everyone should be taken up with wheeling, dealing, secrets and negotiation.

This game was written by myself and Jack Peereboom. The Last Pirates was heavily inspired by Blackened Hearts, which I highly recommend you pick up on DriveThru RPG.

If you end up running the game, or if you have any questions or feedback, please let me know!