Deep within the bowels of communist-nazi spy base LEVIATHAN... 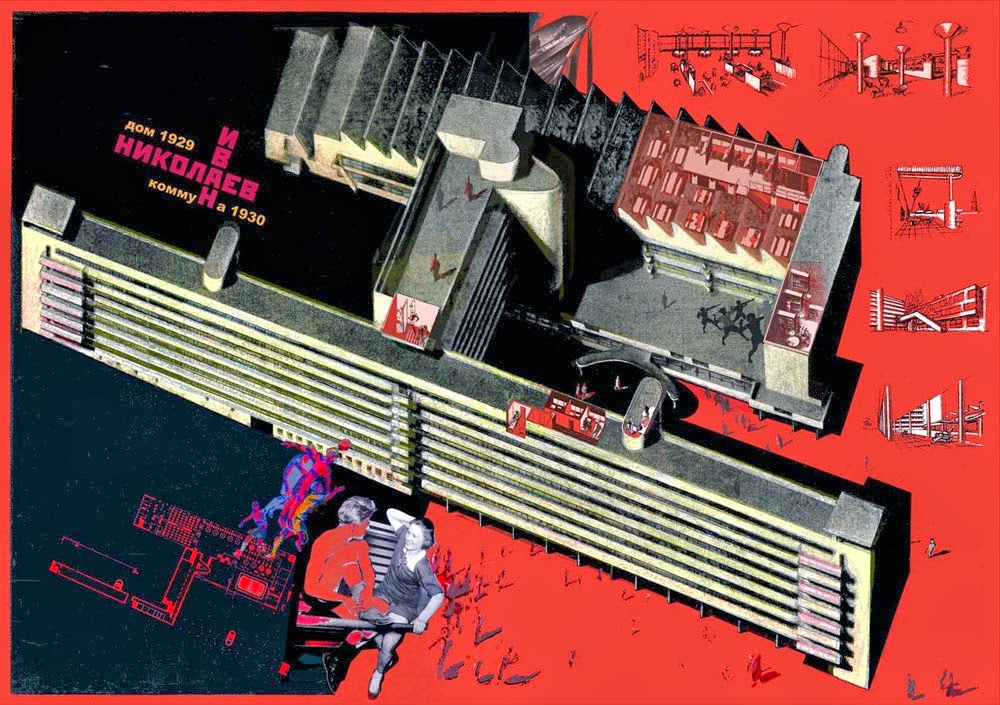 
1. Escapees from the Psychic ward. Due to their fractured consciousness, they can only see through the eyes of the people around them. Looking into their eyes creates a feedback loop which leaves you both on the floor, screaming and bleeding through the nose.

2. A funeral procession carrying the cryogenically frozen corpse of Fuhrer Stalin to the chamber where he will reside until his resurrection is complete. 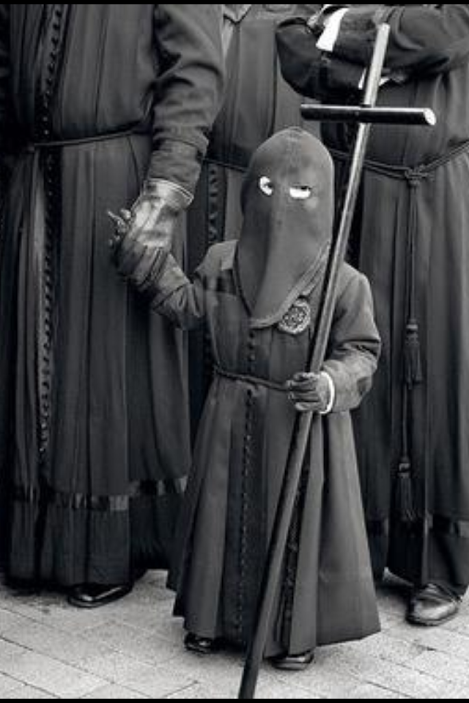 3. Roboctopus. The hapless nazi scientists inside are desperately grappling to control the octopus-brain-based AI, which has gone rogue and is trying to submerge itself somewhere dark and wet while firing ink-ejecting nerve pulses that now lead to missile banks and flamethrowers. 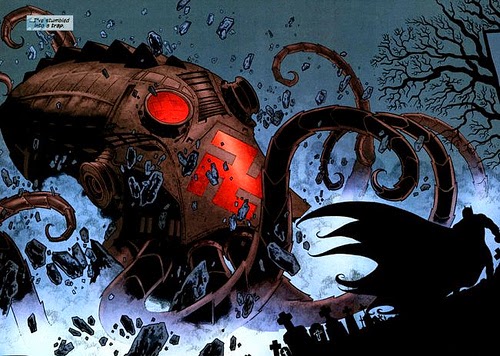 4. 23rd rifle division, trying to get back to base after losing contact with high command. They are being hunted by Lady Satan. 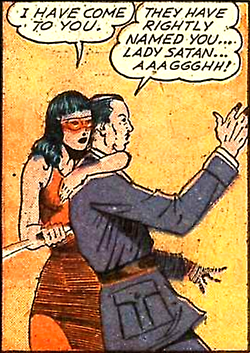 
A bare rock cavern holding banks of retro-futuristic '60's computers, measuring devices, labcoats, hazmat suits, filing cabinets, cameras and mounds of machinery, all surrounding a concrete dome the size of a football stadium. The whole place has been half-flooded with blue coolant from some burst pipeline, and most of the machines are rusting. The fluorescent lights occasionally flicker on for a brief second.

An English spy dressed in a nazi uniform is taking notes in the corner. She's determined that the machines were all set up to precisely monitor something inside the dome. Her briefcase is stuffed with sketches of plants and animals, which are all elaborate coded metaphors explaining the nature of the terrible machines that power Leviathan.

She's friendly but paranoid, and will do anything for the sake of the mission. If she believes her cover is about to be blown, she'll immediately draw her gun and turn on the party, speaking flawless german.

If you breach the seals and open the airlocks, you can enter the dome.

is a small, 1950's american town. It has a school, a juice joint, 4 houses, a water tower and a park with real trees. The machines, jukeboxes, and ovens all work exactly as normal. If you dig down, the dirt is a thin layer over concrete. The concrete sky is painted blue. None of the buildings have bathrooms. Everywhere you might expect to find a person, a dead pig has been carefully placed, in human clothing.

Living in one of the houses is a family of deep-cover operatives, in training for the day they will infiltrate america. They've been method acting for months, unaware of the destruction outside the dome. They have learned everything they know about america from distorted 1950's sitcoms. They play out a Leave it to Beaver fantasy here, having conversations with the pigs as if they're neighbors and friends. 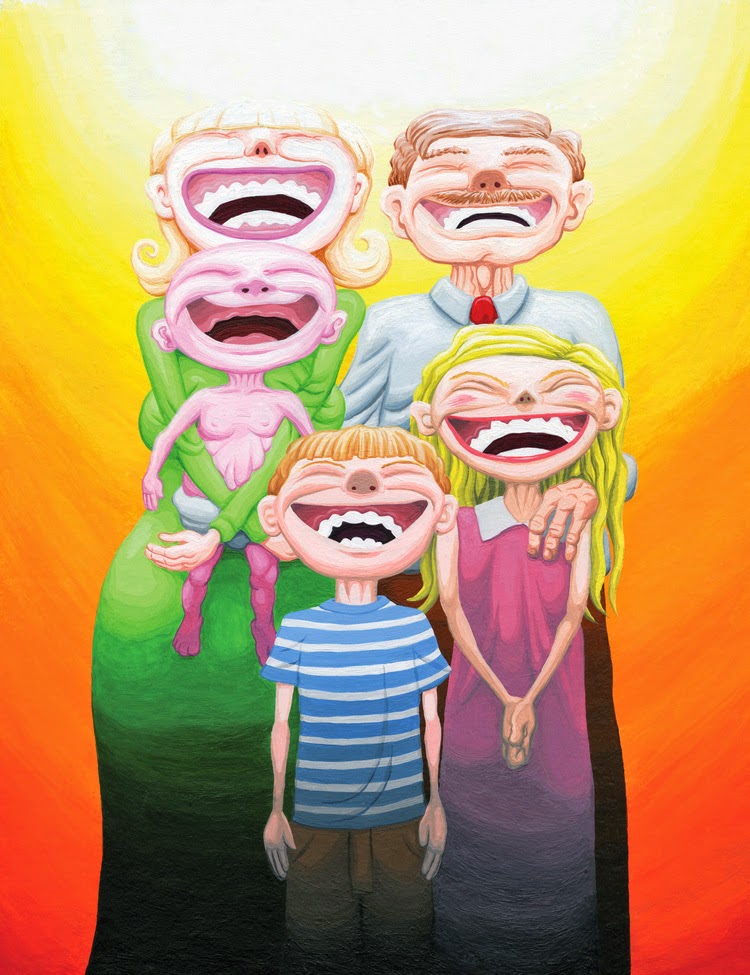 They will try to avoid breaking character at all costs, incorporating the PC's into their role-playing. They'll try to turn around any out-of-character talk from the PC's. E.G: "We've got to get out of here." "I agree, it's a beautiful day outside!" If it becomes clear that the system outside has collapsed and the PC's are not supposed to be here, they will drop the act and attack with ruthless efficiency and sacs of paralyzing nerve gas hidden in their bright smiles.

The machines outside the dome are made to test various soviet super-weapons. Playing with them fill fuck with the pigs inside the town in various ways: Splatter them over the walls, set their houses on fire, punch big, cauterized holes in them, make them jitter around, vibrating wildly, screw with their personal gravity, mutate them into giant dead spider-pigs, and so on and so forth. The deep-cover operatives know how to avoid all this, and they're fine with it. They believe the random attacks help to simulate the deep, paranoid terror that Americans live with every day.

Posted by Jack at Tuesday, April 08, 2014 No comments:
Labels: Leviathan

I've been thinking about two things recently: board game design, and Patrick Stuart's stuff (specifically the dire warnings about the Derro that are currently controlling you with subterranean rays). This has made it pretty obvious that the Board Games that currently exist can't achieve the following effects:
This is why all Lovecraft-themed board games are failures. If you do not understand something about a board game, that's down to unclear or unintuitive rules, and the game has failed. Unknown and unknowable things are anathema to board games.

Here's some possible ways to fix this:

These ideas also have the side-benefit of making the game simpler to teach: You don't need to know every rule, just the bits you need to interact with. It all assumes there is some benefit to making a board game you can't understand, when it's so easy to make an RPG or videogame you don't understand.