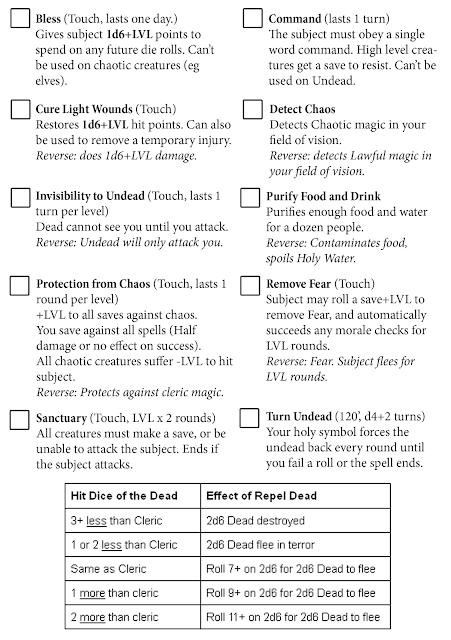 Level 1 clerics all get the same spells, right? So - surely a sheet like this has already been made? Y'all can't be just looking up and writing down ten spells and a table at the start of every chargen, right?

It seems like that must be true, but I couldn't find any other sheet like this for Lamentations of the Flame Princess. The character sheets I keep seeing don't even come with a space to write down spells. I feel like I'm taking crazy pills. How are you all doing this?

Well, assuming everyone but me isn't using some secret better method, and I haven't misunderstood some crucial rule, print out this A5 sheet and give it to your cleric. Write down the number of spells you've got prepared in the boxes (For example: 2 Cure Light Wounds, 1 Turn Undead.) "LVL" means the caster's level. 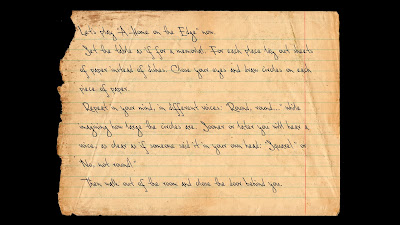 Current state of the City

This is all just info for my group, published here for convenience. Everyone else need not read any further.