I read The Laughing Vampire and it didn't measure up to what I imagined after reading this post. Now I desperately want to make the comic I imagined. The final boss crew, waiting for death at the top of the tower as the heroes slaughter towards them.

The pacing and style would be inspired by Absurd Theatre. You know, Waiting for Godot. More specifically this play:

It starts with 2 whole minutes of silence, which of course in this quick-flash internet age means it forfeits all right to your attention immediately. Try to stay awake if you can, though: The silence and trivial banter serves to totally immerse you in a claustrophobic box of growing tension and hysteria.

I want to put that waiting into a hyper-dense world of exploding ideas in the style of Kill Six Billion Demons, following the maxim of "Maximum Good Ideas per Page". The first step would be to sit down with an artist and create a bizarre world and characters in intense detail. I think this could add to the Theatre of the Absurd in the same way that Cowboy Bebop added to the Western.

I love long slow shots of a desolate environment, instilling the sense that the characters are small and insignificant flickers of life in a dead land that cares nothing for them - in theory. In practice there's only so long I can look at still shots of the desert without losing my mind. The pacing and style of Westerns doesn't work for me in this dry environment. 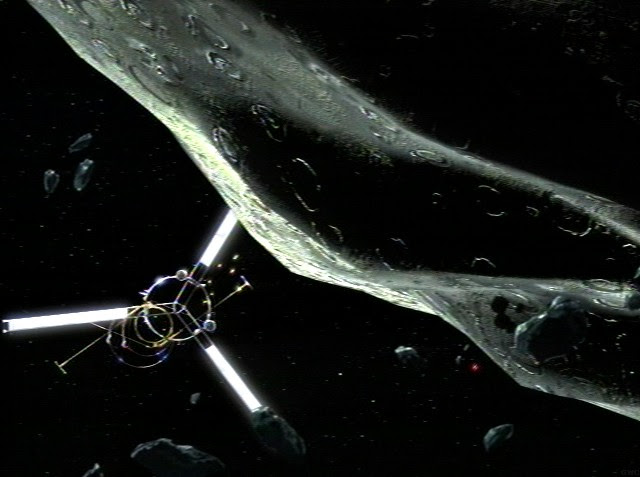 When those slow shots show fantastic inventive sci-fi art, though, I'm all in. Cowboy Bebop keeps the spirit of a western, but saturating everything with imagination elevates it for me. This is the way I am, I guess - I need a dose of pulp and wild ideas to make the medicine go down.

None of these ideas will be explained through exposition. One of the principles of Absurdism: We never talk about the important things on our mind, just orbit around them with trivialities. The characters take everything interesting as trivial and are obsessed with meaningless details. The comic dips you straight into the situation like a cold bath. You have to piece the background together. It echoes with hollow spaces and half-said things.

While I'm at it let's mix in some Lolita, let's make these people warped and despicable and seductive, and then submerge you so completely into their evil little world-view that you end up nodding along.

I think it would work something like this. I'm not sure about it, and I've never written a comic before.

A woman picks the wings off a struggling dragonfly with tweezers, then places them on an intricate sculpture of inter-weaved insect parts.

Man: "Have you seen my shoes?"

Holding the sculpture in place with one hand, she searches through her things with the other and picks up a small bottle of liqueur.

Man: "Shoes. The black ones, let me walk into people. Seen them?"

She tips the liqueur over the sculpture, then reaches out for a match.

Woman: "What do you want them for?"

Man: "Well, I want to look presentable, don't I? I'm not going out to meet them in my bloody pajamas."

The woman sets the sculpture on fire. It twitches, then moves to join a small parade of insect-things. She smiles.
Posted by Jack at Sunday, October 19, 2014 No comments:
Labels: Final Boss, writing 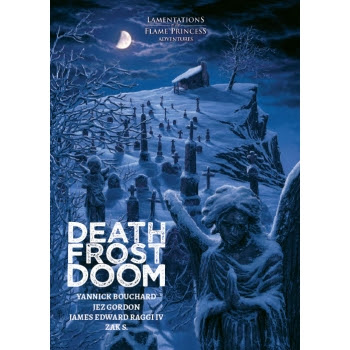 Before I started Death Frost Doom, I took each player into another room and gave them a secret objective.


There's nothing wrong with the simple greed that's meant to tempt players into Death Frost Doom, but I like my negadungeons to be a little personal, y'know? My all time favourite adventure hook is "You get a letter from your dead wife." In retrospect, I think giving one of the players an objective that worked against the others would have worked out well, but I wimped out and decided to just make them believe there was a traitor.

The adventure went great! I had 8 players, including three women totally new to D&D, and they all walked away indoctrinated into roleplaying. The highlights were a conversation with a dead child, FINALLY getting to use my hireling table (which lead to a duel with a glovemaker in the middle of a fight with the Sacred Parasite which was flooding the room with ice - a PC trapped underneath a frozen corpse as the glovemaker rose above her with a knife), and the climax where one PC sacrificed another on a black altar as the dead closed in.
Posted by Jack at Thursday, October 16, 2014 No comments:
Labels: Death Frost Doom
Newer Posts Older Posts Home
Subscribe to: Posts (Atom)