If you attempt to call on your Patron for aid and don't get a roll good enough for the request you wanted, a Demonic patron will be happy to add on points until you can get whatever assistance you need... for a price. A small favour, a small sacrifice, something that gives them a just a little more power over you. Any patron who doesn't want to cause you harm won't grant you this luxury. 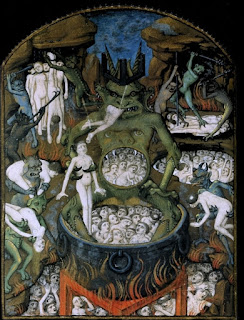 
Gain a level 1 summon slot whenever a cleric in your system of choice would gain a level 1 spell - the same for levels 2 through 5. You should let them choose instead of rolling for it.This list obviously doesn't represent every single type of spirit that exists. Feel free to let the summoner capture any of the ones you make up in the normal course of the campaign.

I'm walking a fine line here - the risk is that the summoner could summon spirits who are great at fighting, thieving and magic and make the rest of the party redundant. Summoned spirits will always be more unreliable than PC's, so hopefully that won't be a problem.

1. Unseen servant: an invisible imp that can carry 20 pounds. It's taken an oath to do no harm - if it discovers that it has been tricked or forced into breaking that oath, it will immediately break it's bonds and go crazy.


2. Baby Ifrit: just a little spark of living fire. No physical mass, but can set things on fire and do d6 damage if it flies into someone.

3. Qarin: Tiny devil that sits on your shoulder and whispers secrets. Can sense magic, evil, etc - but may lie to you.

4. Swarm of bats. Can surround enemies to make it hard for them to see and attack.

5. Zephir: A living gust of wind. Can push enemies back or whirl around a target, making it harder to hit them. (Say, -2.) 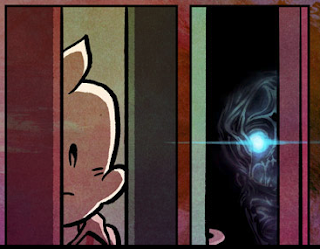 6. Guardian. This creature can only exist in half-open spaces: ajar doors, windows, mirrors, etc. If summoned there, it can prevent others from coming through. In the wild it will traditionally bar passage to all who cannot answer a riddle, or abduct children to the fae realms as they pass through a door.

7.  Familiar. Not a spirit to summon, but an animal you have chosen and bound to you, so that it's life is permanently tied to yours. DCC has good rules for these, but to paraphrase: It gets 14 AC and d4+2 hit points (which you also receive). It is intelligent and completely loyal You can see through its eyes and gain any natural abilities it has (like sneaking for a cat, or breathing underwater for a toad). It may have other, magical abilities. 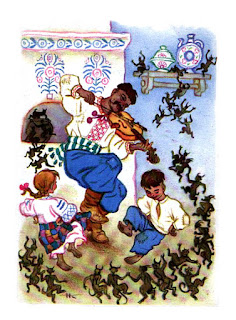 3. Dead King. Ranks have no merit in the Dead Realms, but he can get information from other dead, knows history, stuff like that.

4. Shade: Attaches to someone by pretending to be their shadow. Feeds off them and drags them down like a curse.

6. Ape Ghoul: Stats as normal ape. Devours corpses to gain their powers for a day.

7.  Blight lamb. A hapless spirit that can be bound with the poisons of others. You can take a condition - paralysis, blindness, poison, or a disease - and force it out of the afflicted party and into the blight lamb. Be warned that the Blight Lamb may eventually die from the diseases you inflict on it. You can not transfer magical conditions to the Blight Lamb. If it breaks free it'll violently force its diseases into its tormentors.

1. Succubus. While sleeping beside someone, she can invade their dreams to steal their thoughts or memories and bring them back to her master. Thoughts and memories from other people could also be placed there. Y'know, Inception.

2. Giant spider-lady. You can ride her around, but she won't be able to climb up walls while you're on her back.

3. Doppleganger: Attaches to a target, takes on their features, and repeats their movements exactly - attacking what they attack, succeeding when they succeed, etc.

4. A pact with the Cold Dead Old ones. You can now summon the souls of the dead back into their corpses.

5.  Rage Demon. Possesses a target, taking control of them completely and driving them mad with rage. They will attack all in sight with twice the attacks per round they normally get.

6.  Uri and Baki: Tricksy Aelfmaidens, madly in lust with and conspiring to destroy you.  They can teleport  and travel long distances fast by moving in and out of the fae realms.

7. Curse Lamb. An angel sent to learn humility by bearing the sins of others. Like a blight lamb, but it may be bound with magical conditions, including curses.

3. You've tapped into the vast spy network of pixies, dryads and fae - all the tiny folk that watch humanity and laugh. You can call upon them to report on the things they've seen - they can spy on anything that isn't magically protected.

4.  The Great Glass Head of Gruloctica comes forth. His mouth temple can fit about 10 people. Within this sanctuary, the party gets a bonus to all spells, healing, pleas for divine aid and so forth. Unholy creatures must make a save to enter. The head can't do much more than open and close it's mouth, very slowly. 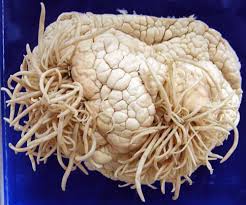 5. Brain-worm: can burrow into a brain and take control over it. At first this will be simple - you can dictate their actions for a single round - but eventually this control will become total.

6. Sacrificial Lamb. You may bind it to take damage for one member of the party - it will take wounds instead of them. Beware, its HP is finite.

7. Plague! Just like the plagues of egypt; you can summon a swarm of locusts, rats, or other wild animals. These animals fill an area and attack all who enter it. They are all diseased.

2. Beloch: One of the great demons, with influence over some of the highest rulers of the land. Can manipulate the high courts of man to bring you power and prosperity.

3. Actorias the Gatekeeper, who holds all the pathways of the infinite planes; can open the way to the various realms of Death, Fae, Heaven and Hell and guide you on your journeys there.

4. You can make the sleeping giants that form the mountains and bedrock of the world stir in their slumber - causing earthquakes, etc. On a natural 20, you wake them. They are likely to kill you, and everything.

6.  The legendary sword, Eterne. When you draw it, you may summon a legion of a thousand ghostly soldiers - the shades of all those who drew her before you. These are only half-real, and can't attack properly as an army unless rendered fully physical by special circumstances.

7. The Pledge of Predation. Spill your blood while chanting to open a chasm and summon Rondoclavusius. She will destroy all she sees - but her main goal is to find and devour you. She can be reduced to 0HP and thus immobilized, but will not die unless slain by your hand. You must then eat her completely to continue the pact.
Posted by Jack at Friday, February 15, 2013
Labels: Classes, Cleric, Magic, Summoner