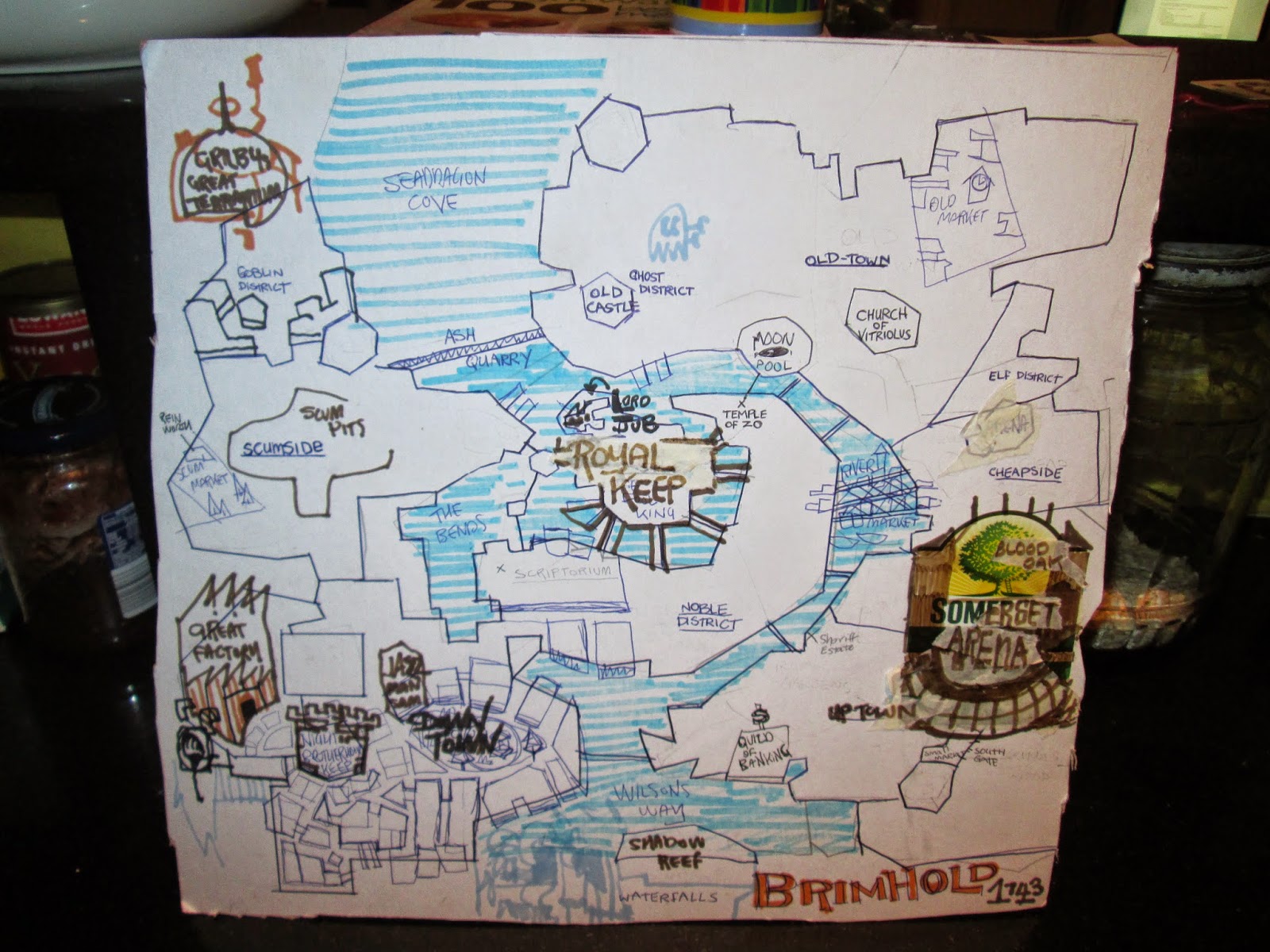 Matt Rundle and Matt Groves made this map for Matt's campaign. Click to make it bigger.

Grisby's Great Terrarium: Top left, in the walled-off goblin district. The goblins are making it. No-one knows why.

Lord Jub: Near royal keep. The first king who settled the town released his pet goldfish into the river. The fish has grown with the town. Legends say it cannot die while the town stands - or the town cannot be destroyed while it lives - one or the other.

Somerset Arena: Cheapside and Uptown unite around this boundary-spanning blood bowl. Uptown folks have box seats up their end, while the Cheapside mob set up ladders and ramshackle shanty seats around the other. In the center of the arena grows the Blood Oak. It looks normal, except that its roots have long been dyed deep red. They say some terrible disaster while strike the town if the Blood Oak ever goes unfed.
Posted by Jack at Friday, July 25, 2014
Labels: maps, Matt groves' campaign