How to make a 3D dungeon map in ten seconds. 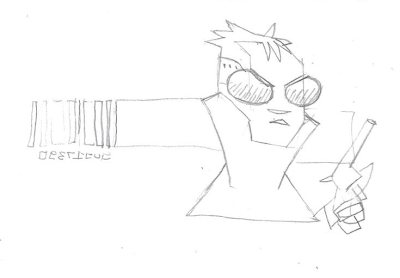 Step 1: Get Deus Ex. You can buy it for eight bucks here.


Step 2: Start a new game. When you start the level, press "T". It should pop up with this text:

Delete everything in there with backspace, then type: "set DeusEx.JCDentonMale bCheatsEnabled True", and press enter. That enables cheats.

Step 3: Use the same method to type in the word Ghost. This lets you fly, and move through walls.

Step 4: You now have a three-dimensional dungeon map. Put Deus Ex on a laptop, fly around and describe the level to your PC's as they fight through it. Make up stats for all the enemies, traps, and treasure they encounter. 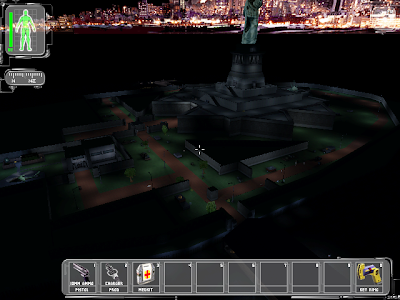 You can get a full list of other cheats here, along with help on how to set it up if it's not working. You'll want to use:

You can also use cheats to teleport to the start of any level in the game, just by typing Open _____ (with the name of the level in the space). There are about 70 maps you can use for dungeons in this game. The full list is at the same link as above. Here's some good ones:

02_NYC_Hotel: A new york street, with a crummy bar, hostage situation in a hotel, smuggler living in the sewers. I think I remember a secret Majestic 12 base under the street, too.

03_NYC_BatteryPark: A homeless encampment in the park conceals an entrance to the hidden enclave of the Mole People.

10_Paris_Catacombs: Dystopian future Paris. Find your way down to the paris catacombs, which now serve as a battleground between freedom fighters and the police.

10_Paris_Chateau: Old french mansion with a hidden dungeon under the wine cellar. No enemies, just figuring out how to penetrate the environment - perfect if your PC's need something to rob.

You can use cheats like this in a lot of games. Two good ones:

Any game published by Bethesda (Skyrim, New Vegas, Morrowind) can be instantly turned into a 3D hex crawl map by pressing "`" ("Tilde", next to the 1 key) and typing TCL. More cheats here.

The Legend of Grimrock is a great dungeoncrawler with a level editor. Just click and drag to map out a dungeon. The best thing about it is that it comes with torches that burn out over time. Beware that the map size is a little small, though. 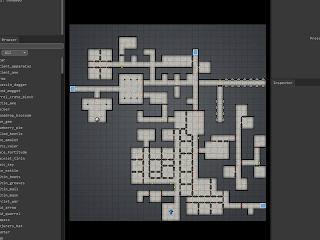 There's a few reasons why Deus Ex is the best choice for this:

1. It's old and cheap. You can get it for 8 bucks, and it will run on your shitty laptop with no problems.

2. It comes pre-loaded with RPG information. 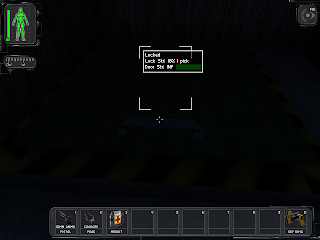 Every door comes with a Lock strength and a Breaking strength - how easy it is to lockpick, and how easy it is to force. Just convert that information to a DC and you're good to go. The skill system also gives you info for hacking computers, keypads and security cameras, and disarming bombs. You don't need anything but the game open.

3. The dungeons are really fucking good.

They're massive, intricate, and they have as many routes through them as possible. The first level is famously a scale model of Liberty Island. Something as simple as a door can usually be blown up, lockpicked, hacked open from a nearby computer, or opened with a password.  All the traps can be turned on your enemies, as can their turrets, their robots, the mutants they've been experimenting on. There's plenty of secret passages, treasure, traps. It's got the shit you need.

4. There's a lot of good stuff in the setting, if you want to use it.

You're dystopian cops in the post-cyberpocalypse, wearing trenchcoats and sunglasses at night (it's always night), beating down "Terrorists". Every single conspiracy is true. The police are in bed with the Illuminati who are fighting Majestic 12 who mastermind the Men In Black who bred the crocodiles in the sewers which are hunting down the Mole Men. Every street corner conceals a secret facility. To be a good cyber-cop, you have to pretend you don't notice any of this.

In my first session, we got a lot of mileage out of playing this for laughs. The game itself manages to get away with playing it straight, though, because it does so much grounding work. It's core trick is that you always start in the scummy streets and abandoned warehouses of the world above, and slowly transition through into gonzo-land. Every dungeon is mapped out like a real place. You look through enough environments with stories like "Here's where they have their coffee breaks, here's the office, and here's where they ship out the steel" that by the time you've transitioned through to "Here's where they perform genetic experiments on the hobos", you've acclimatized.

It's easy to reskin for D&D (just find-and-replace "Terrorist" with "Orc"), but it means you'll have to make a new story for the dungeon. You'll also miss the computer stuff: security cameras, hacking computers for pass codes to doors, hacking robots to turn them on their masters. For best results, use it with a something modern like Shadowrun, Nights Black Agents, or Cyberpunk.