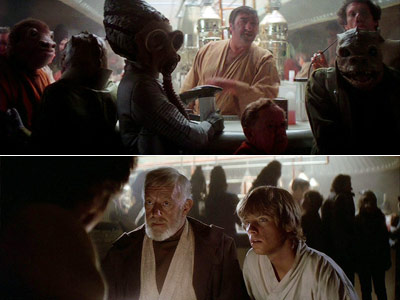 Before you enter the dungeon, you can make a Tavern Roll to pick up information or hire people. Roll d10+CHA, and look up the result on the table below.

0 or less: You've tipped off one group of the dungeon's inhabitants. They'll be prepared for you.
1: Your loose lips have inspired a rival group to try and beat you to the treasure.
Roll 2d6, and subtract one from the other. If it's a positive number, they'll arrive at the dungeon that many hours after you. If it's negative, they'll arrive that many hours before you. You can get a bonus or penalty to this roll if you take a faster or slower route to the dungeon.
2 or 3: Inept, cowardly, or treacherous Hirelings.
4 or 5: False rumor
6 or 7: True rumor
8 or 9: Loyal and/or skilled Hirelings.
10: Roughly sketched map of a small part of the dungeon.
11+: You've got an inside man. Choose one of the groups that live in the dungeon. One member of that group will help you, for a price. Leaving doors open and such will be cheap, helping to kill their comrades will be very expensive.

Warn your players: Rolling here means they'll be spreading information about their quest, and if they roll badly they'll attract unwanted attention. Make the roll in secret, so they don't know if their rumors or hirelings are trustworthy.

The d10 means Charisma has a serious impact, but every player can get a good or bad result. With +3 charisma, for instance, you still have a 20% chance of  getting a false rumor. Nevertheless, the players will trust information and hirelings gathered by a player with good charisma, and distrust anything found by a player with bad charisma.

Each roll is one night in a tavern, buying drinks and chasing up leads. They can roll as many times as they want, but the good information will slowly go dry and observers will start to get suspicious. Give them -1 to the second roll, then -2, etc.

Edit: If someone is only interested in hiring retainers, not gathering rumors (or vice versa) just change the Rumor entries to Hirelings (or vise versa). If searching for rumors, 2-5 would become false rumors, 6-9 would become true rumors.
Posted by Jack at Friday, March 15, 2013
Labels: Dungeon Crawl, Hirelings