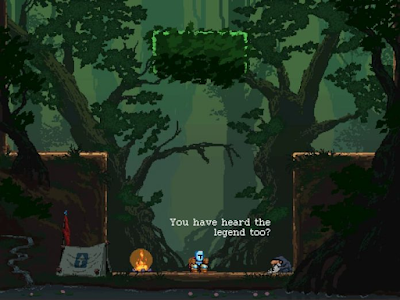 You may have heard of "Foddian Games" like Getting Over It or Jump King (named after Bennet Foddy, the creator of Getting Over It). What makes these games unique is that they push you into situations where you have to risk losing all your progress and starting again from scratch. They are deliberately frustrating, but also very satisfying to master.

In Jump King, you leap upwards, propelled by rumours of a smokin' hot babe at the top. Each time you jump, you risk losing your progress and tumbling all the way back to the start of the game. As you leap higher, you meet ruined and broken men, their legs shattered. Seek not the babe, they tell you. She must be only an illusion. A hopeless fantasy. No man can make those jumps and live. 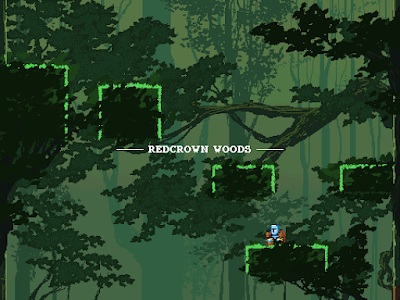 One of the things that makes this interesting is the way it plays with risk and reward. You have safe areas that act like checkpoints. This area with the fireplace is one example. The floor is solid, so you won't lose your progress if you fall. Reaching this area is really satisfying, and this space feels safe and warm. 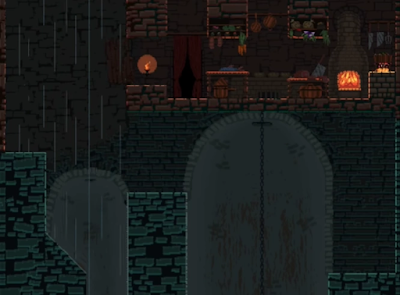 Then you get higher up and the game tempts you with this treasure. 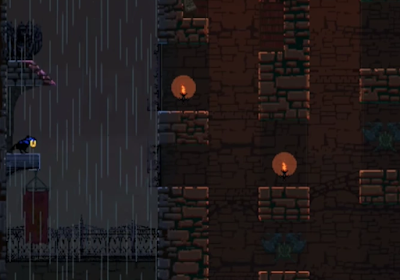 If you want the coin this crow is carrying, you have to leap out of your safe zone, into the rain. You run the risk of falling way down, past your safe area, into the drain, losing a whole heap of progress. Can you take the risk? This creates a huge feeling of tension and danger.

So I wonder - could we make a fun Foddian dungeon?

The Tower Of Babel

The wretched fools tried to make a tower to reach God. Some even say they succeeded. Either way, they were struck down and scattered, turned into all manner of hideous beasts, their language split into many tongues so that they could never dare their hubris again. Now desperate men and heathens return to the ruins of that tower, seeking treasure - and perhaps even the fabled Door to Heaven. It's a vertical dungeon with a complete and total focus on traversing the environment. Your goal is to get as high as you can. The dungeon is all about climping the walls, swinging on the chandeliers, dangling from grappling hooks, balancing on the rafters, tiptoeing around rotten floors, finding ladders and ropes and secret passages that lead higher. Ultimate verticality.

As you get higher and higher, at some point you're going to fall down. Let's say an NPC at the bottom sells Feather Fall charms that each activate once, so you won't die from the fall. This means you're going to fall back down and be forced to go through the dungeon again and again, slowly mastering the environment and learning shortcuts and clever pathways to get higher and higher.

XP for gold would be a must here. The more treasure you get, the more you're weighed down, the more likely it is for you to slip and fall to the bottom. Risk / reward. Perhaps if you fall, you have a chance to lose some of your treasure and suffer injuries (sprains, broken limbs, etc). 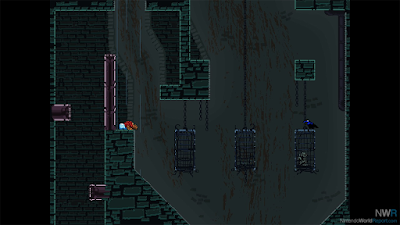 Of course we need to keep things interesting as the players go through the same room multiple times. Each room will need to be dense and packed with secrets that the players are unlikely to discover the first time through. Shortcuts would of course be a key focus - tons of secret doors and ways to unlock new pathways through the dungeon. Doors that are only barred on one side, for example.

But let's push the replayability of each room even higher by adding 2-3 mutations for each room. Each mutation is a change that puts a new spin on the location. The DM can add the mutations in whenever the players revist a room, or whenever they feel like it needs a new coat of paint.

Here's a rough example how I see the rooms looking. The art would be a 2D, side-on view of the room.

Underneath this would be coloured sections with mutations.

On top of this you'd add the classic wandering monsters. Every 10 minutes, you roll 1d6 to see if any monsters show up. You would need to move through the environment as quickly as possible to avoid monsters. The monsters would act as pressure to force you to interact with the environment in interesting ways (like leaping for the chandeliers to escape them).

The encounter table itself would have coloured sections for mutations, so you can mix it up. It would look a little like this.

When you roll this entry, you can choose the normal monsters, or one of the mutations. 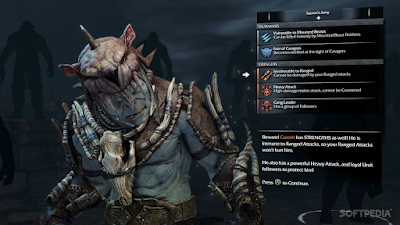 Let's go another step further and change the monsters up as well. When an enemy defeats the party (by killing a PC, pushing them off the tower, or just surviving an encounter) you can roll on a table to give them one new Strength. This is a system inspired by Shadow of Mordor. Here's some examples.

Mix up their appearance a bit to signify they've grown stronger - like giving them a new scar or a bandana made from the fallen PC's clothing.
If the PC's defeated an enemy but it could have survived (like for example, it fell off the tower and out of sight) you can bring it back later with one upgrade and one Weakness. 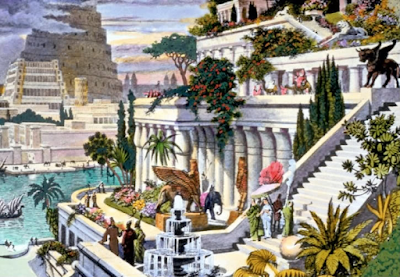 Of course the town at the bottom of the dungeon would change and grow over time too. I imagine that you can use the gold you buy from the dungeon to improve the town. Each time you come back to it, you open up new shops, new NPC's, events and cool stuff. Rival NPC's would make attempts at the tower too. Here's one example.

Prince Braffington. Arrogant, charming, engages in a light-hearted rivalry with the PC's, laughs that he will reach the top in 20 minutes. Maybe he gives the PC's some small help or hindrance before using his grappling hook to swoop ahead of them.

Each time they see him, he has grown much older. Time and space distorts the closer you get to the top. For him, 20 years has passed, but you haven't aged a day. He withers, his limbs broken, yet as long as his heart beats, he will climb higher. The honour of the Braffingtons demands it.