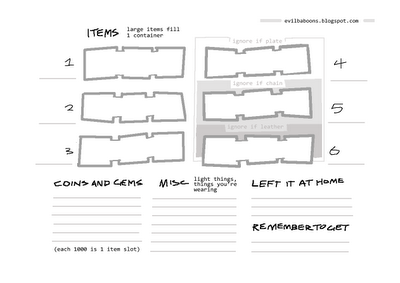 No more! I present Morgan Brackish Meadows' Anti-Hammerspace Item Tracker (I helped).  This item-tracking sheet is designed to ground your items in the world without wasting a second of time at the table. Each character can carry 6 containers, and each container has 3 slots. The player defines what each one is - a sack, a utility belt, a backpack, whatever. Wearing Leather armour or better takes 1 container, Chain or better takes 2, Scale or better takes 3. The player just writes down or draws each item in a slot as they get it. 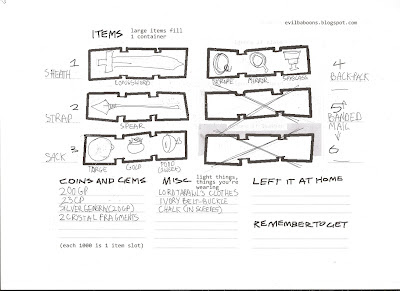 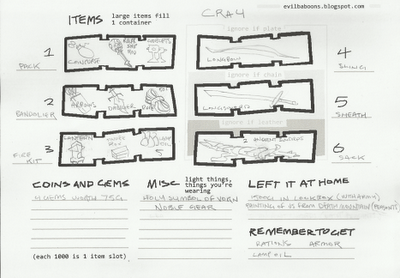